Breakfast Ideas Asian. Breakfast in China or some Asian countries are far different from what Westerners are accustomed to. They really don’t rely on the toaster because they don’t eat bread that much. In fact, non-Asian people are more likely to suffer culture shock after seeing all the foods that are available in China during the wee hours of the morning.

Sure, you’ve probably eaten a few dishes from your nearest Chinese restaurant, but the food that is served there has already been enhanced with a few spices that American taste buds are used to, so you are not exactly eating authentic Chinese food when you go to these places.

When you go to China to experience how people there eat breakfast, you will find out the importance of rice in their daily meals. The typical early morning dishes of the Chinese are comprised of rice and a few vegetables, fish, and meat. Read also: Asian Seafood Recipes

You’ve surely heard of dimsum, which in English means ‘the heart’s delight.’ It shouldn’t come as a surprise to know that dimsum is one of China’s most beloved dishes that are enjoyed early in the morning. If you want to enjoy dimsum, locals suggest you eat a bowl of fish mixed with these steamed or fried dumplings.

What is great about Chinese dishes is that you are free to mix and match certain foods according to your taste, and there is never a wrong way of doing so. After all, they believe food is a blessing one must enjoy to the fullest, and this is exactly the reason why so many of them eat as much breakfast as they can.

You do not need a toaster to cook one of China’s best-tasting breakfast, cong you bing, commonly known as the scallion pancake. For those who haven’t heard of it, this type of pancake is simply a folded flatbread containing plenty of fillings inside. Think of it as a Chinese version of the Italian pizza, but cong you bing has a more exotic taste due to the huge number of seasonings added while it is being cooked. read also: Asian Chicken Recipes

The scallion pancake can be mixed with sesame seeds and fennel greens in order to make the taste stand out. In America, Chinese restaurants cook these scallion pancakes with soy sauce, chili sauce, and even a special kind of dipping sauce from Vietnam.

Here, you will find all sorts of things – from healthy recipes to comfort food and indulgent desserts to cocktails and mocktails. We eat as seasonally as we can and use local ingredients every day. We eat, well… everything. :) 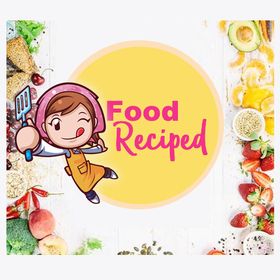